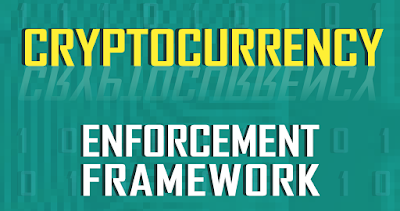 LWIC is a weekly rundown posted on Mondays that covers the biggest news from the previous week:

Welcome to a fresh week folks 👋

Last week, the U.S. Attorney General’s Cyber-Digital Task Force published a report titled “Cryptocurrency Enforcement Framework." It focuses on the threats, relevant laws & regulations, and future strategies for ensuring that blockchain tech does not enable the violation of the law, or threaten public safety and national security. My non-expert reaction is that crypto projects need to be certain of their compliance or ready to play ball with regulators. A middle ground, if there ever was one, no longer exists. Time to lawyer up!

Now, let’s catch up on what else happened last week in crypto💨

Not sure what to call it

YFI - Yearn finance continues to be a wild ride. Last week, Coindesk reported that Yearn creator Andre Cronje quit DeFi. Apparently in response, Andre tweeted, “Still here. Still building. Nothing has changed. Anyone that says otherwise fuck off. I'm just done tweeting and being on social media.” Andre’s involvement, or lack thereof, does matter. He is a leader of a protocol that currently is putting ~$590MM to work for its users. YFI is worth ~$16,800/token as of writing.

INDEX - Launched last week, the Index Coop is a decentralized organization focused on “enabling the creation and adoption of crypto index primitives.” INDEX is the coop’s native token. The crypto index space is heating up, especially with Bitpanda joining the mix. Bitpanda recently raised $52MM.

FLOW - Flow raised $18MM on Coinlist. Mentioned a few weeks ago during crypto’s mini NFT-boom, Flow is a purpose-built blockchain for the entertainment industry that counts the NBA, Unisoft, and Warner Music Group among its partners.